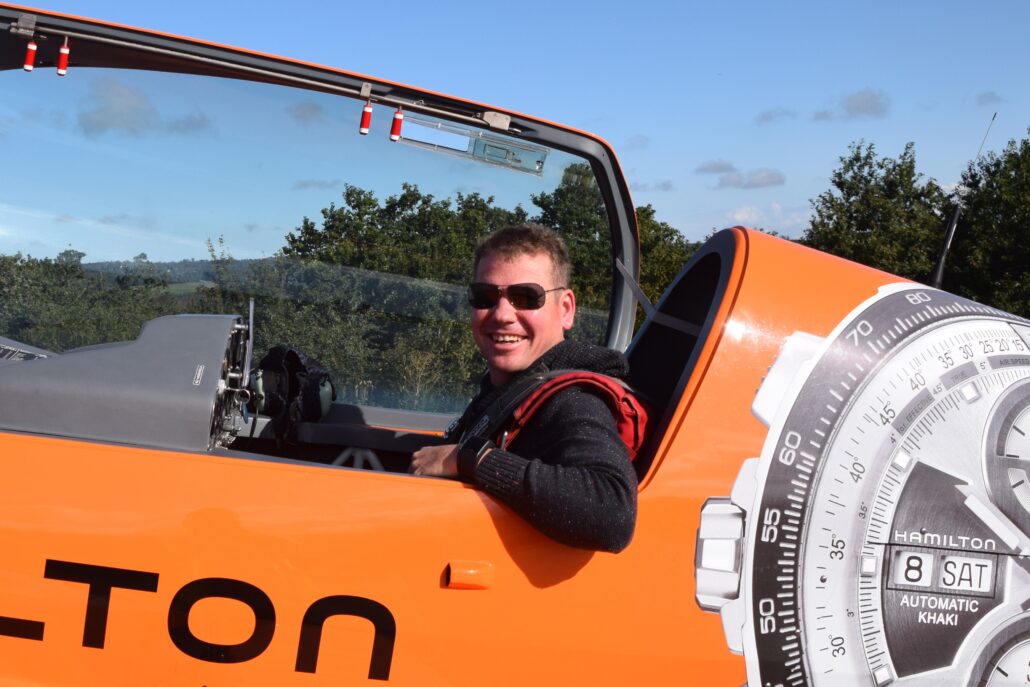 My father was airplane mechanic at the Swiss Air Force base Sion. All Swiss jets from the Venom to the F/A-18. Then to me, it was natural to build LEGO airplanes…

I start flying with the IAP in Sion.

For how long do you fly and what is your experience in terms of championships?

I had my PPL in 2000 in San Diego (CA). Then I transit to Swiss license and I was flying in Sion.

I started aerobatic with a CAP-10C. Then I come to Bex, this is closer to Monthey and the idea was more flying in a aerobatic team with a good spirit then choosing an airplane. By chance in Bex we have this great airplane which is the Extra 200. And now the members of the team in Bex becomes very good friends.

If there could be only one, what would it be?

P-51 Mustang with the noisy of the Rolls Royce Merlin…

What is your favourite figures?

I like to perform the “avalanche” loop. Even if this figure is not a efficient figure in terms of judgement, it is so cool to perform the snapp roll at the top.

Any quotes or short story linked to your pilot’s life you would like to share with us?

I’m fully occupied by my children Aurélien 10, Jules 8 and Odile 6. I try to share with them all activities in the mountain such as biking, skiing, climbing.

And who is the next MoM ?
Markus Leibundgut