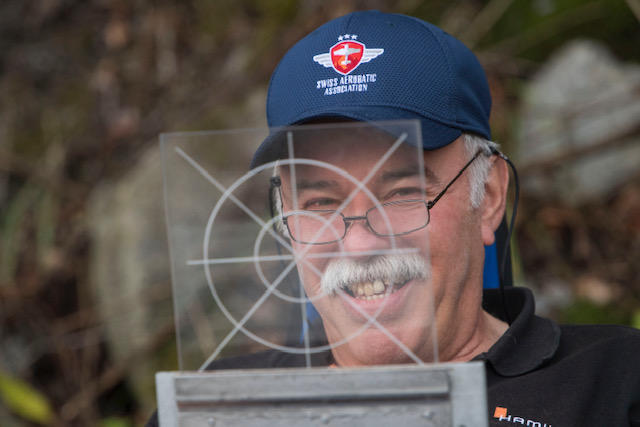 Why judging and being part of SAA?

I made my Aerobatic lisence with Bücker Jungmeister in Porrentruy (same day as Christian Schweizer in Basel, same expert for both of us, Prof. Max Thürkauf). I piloted a lot hours with Bückers, during military education with Jungmann with Hirth 105 HPS engine, later one I tried competition flying with Bücker Lerche (180 HPS, symmetrical wings, only 3 airplanes were built), realizing my limited aerobatics skills – I became a judge!

For how long have you been with the SAA and what is your experience in terms of Championships?

I am a long time with SAA, my first time as an international judge was 1980 in Oskosh as assistance judge, followed as Swiss judge at WAC and EAC, – high lights 1987 Speichersdorf dep. Chief judge 1989 and 1989 Chief judge at EAC in Bekescaba, during this period I participated also at Hilton Master in USA, Fieseler trophy in Germany and Troffeo Provincia Grande Cuneo. After 1990 I made a pause due to job/business.

Tell us about your passion for judging?

If there would be only one souvenir of championships, which one would it be?

In the past as pilot: positiv flick on a horizontal line, as judge: rolling circle, but I never show this figure allowing to give a higher score than a 7!

Any quotes or short stories linked to your aviation’s life you would like to share with us?

I have a lot of good memorise e.g. WC  1980 in Oskosh, Fieseler Trophies in Germany, I meet Gerhard Fieseler, etc

Do you have other hobbies when you are not judging?

Oh, to much – I am a terrible collector, come and have a look

SAA needs well trained new judges and secondly, I hope that the 4 min. free style (a pleasure for the pilots) will be judged by the spectators, the CIVA roles for this this programme are so poor!

Markus Rüesch, his father was my instructor in Porrentruy for Aerobatics