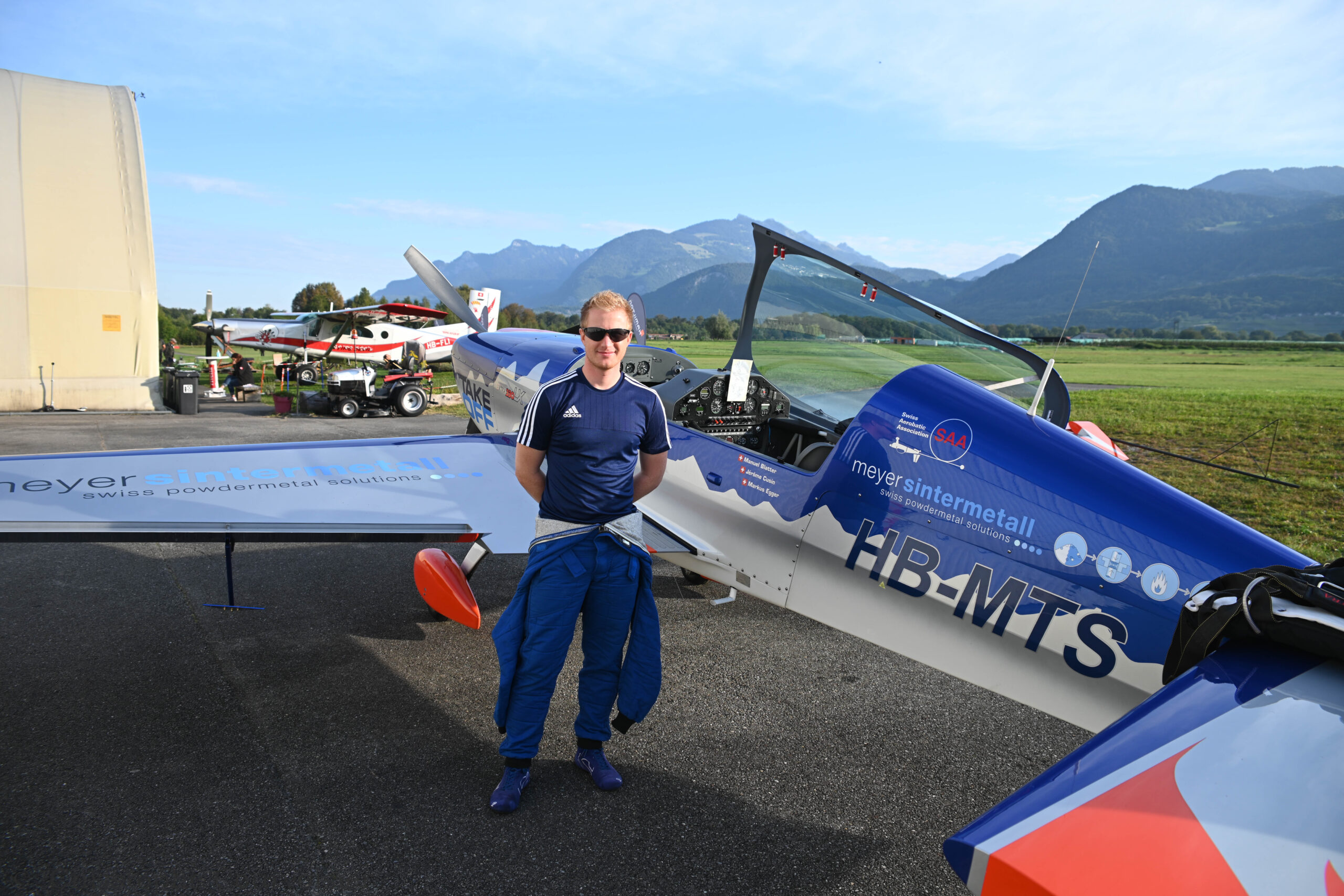 The feeling when airborne, the challenge to control the aircraft (especially during aerobatics) and to manage all the variables up in the air and of course the beautiful Swiss scenery. Simply passion.

How did you start ?

For how long have you been flying and what is your experience in terms of Championships ?

After my glider license I continued with the PPL (TMG/SEP). A bit later I started with glider aerobatics. At the age of 20 I joined the SWISS pilot school. During the time on the A320 I focused on glider towing and I also got my “real” aerobatic rating. The competition aerobatic training started in 2014 in Triengen together with Brüno. In 2015 I joined the Fliegermuseum Altenrhein on the PC-7. In 2018 Isidor introduced me to Chrigu and the Take Off Aerobatic Team. Since January 2020 I am on the Airbus A330.

I have never really flown another competition aerobatic plane than an Extra. When I met the Extra 330 SC the first time it was love at the first sight and especially love during the first flight!!!

Actually I fly the Extra 330 LX. With the LX it was love during the second flight. Some training flights later, we are married 😉

If there would be only one, which would it be ?

What is your favorite figure ?

P-Loop because it combines a vertical line with a partial loop and you can add rolls and snaps which convert it quite easy into a very difficult figure in respect to handling and energy management. Challenging!!!

Any quotes or short stories linked to your pilot’s life you would like to share with us ?

Flying is passion, not a hobby.

Different kind of sports. At the moment especially Squash together with my sweetheart Sara.

What is your wish in terms of SAA or aerobatics in Switzerland ?

I really hope SAA and the SAA aerobatic pilots are one day able to represent Switzerland in the upper part of a final ranking during international competitions again.

For that we need a lot of training and hopefully in the future we will get some financial support (sponsors, federation) for international competitions and of course also for national championships and training camps.

Who is the next MoM ?