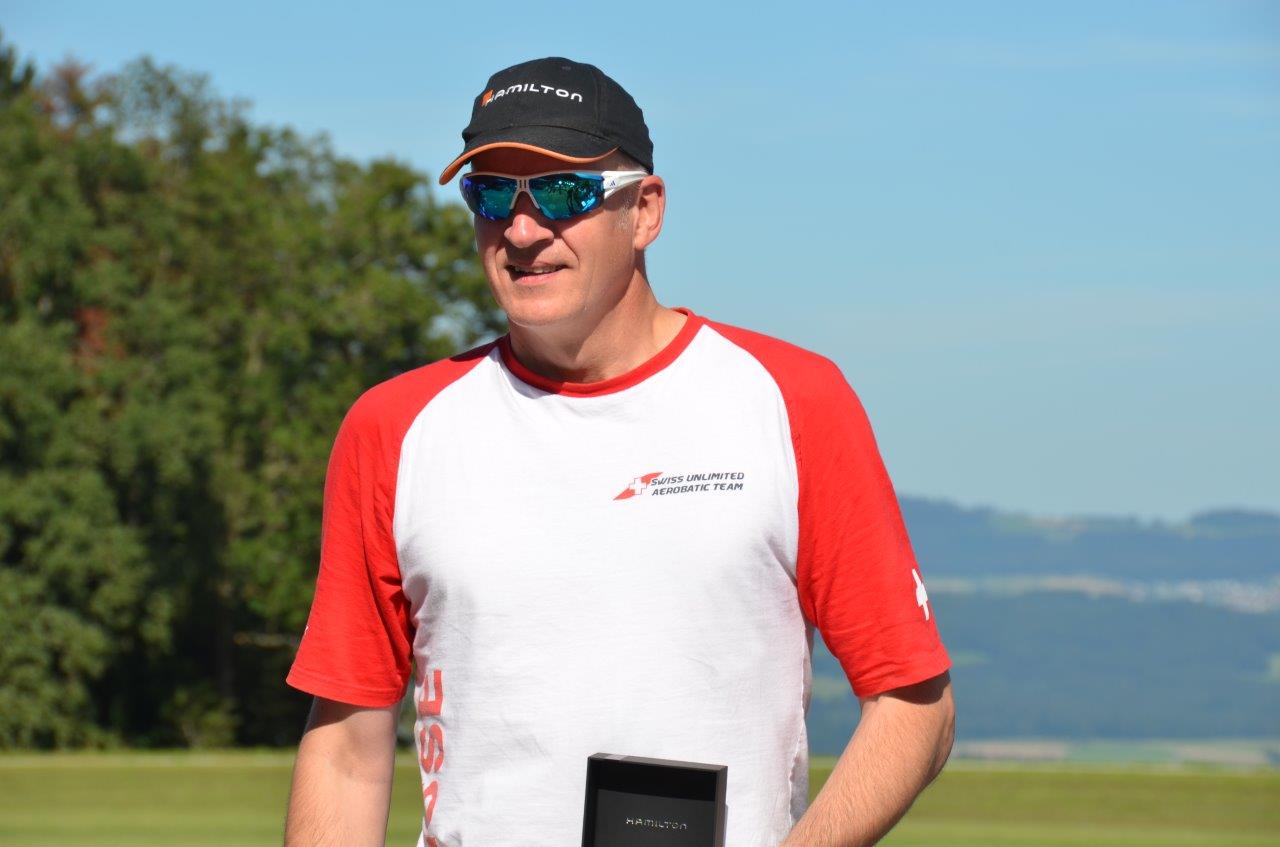 because 😀  ….well it’s moving in 3rd dimension too, not just on ground. But more important, flying gives other view (perspective) on many things, we usually see. And not only flying itself, but also all opportunities that come with it, are reasons why I fly.

1999 with a pax flight in a Piper Cub. During my PPL training I saw my FI (Bruno Müller) in his Sukhoï and for me it was clear …I have to do this too!!

For how long have you been flying and what is your experience in terms of Championships?

PPL 1999, Aerobatic 2001. I should write a book on experience in terms of Championships… Championships bring pilots much faster forward in a flying career than any other way. It open doors for airshows, planes and new friends.

2001 and EA200 was the only chance on a performant and competitive aerobatic plane. I gained lot of experience on this. The next step on a EA330SC was logical…. I don’t know if Bruno Müller had offered me his Sukhoï earlier, I probably would have changed and tried this. Today unfortunately I have no access on a 330SC but looking for it to restart in the scene.

If there would be only one, which would it be?

Plane? my Nieuport of course!

Cube loop downwards pos in pos out. with 8point roll and 1 1/2 roll opposite on base line.  … the figure is so hard to fly and really hurts, but flown on a Championship you don’t feel ANY pain, mystique…

No special stories. My last 20 years of flying is one big story for me and an important part of my life.

Beside flying, I am building 3 Nieuports, one already in the air (www.nieuport.ch). Actually I was grounded in 2019 for heart problems for 10 months. Unfortunately, this was also the end of my competition aerobatic era so far. I was grounded and later the year, both 330SC were sold by the owner. Together with Manu Blatter, I am looking for access on a 330SC again.

The last years, less and less pilots were seen on national championships. I hope SAA will promote new and young pilots to go for aerobatic competition to make our beloved sport again as it was many years ago. Rules shall be according international rules as much as possible, so we can connect to the international scene as well. National teams to be promoted much more.